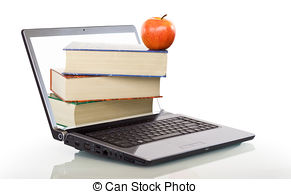 While many Americans vocalize optimism for the advancement of voucher programs and Charter Schools under the potential Secretary of Education, Betsy DeVos, or express fear of her lack of educational experience and diminished advocacy of public schools, the ultimate authority of public education will continue to reside with local control agencies and school districts themselves. According to FindLaw, “The city or district level school board, or “Local Education Agencies” (LEA), usually has the greatest authority to create, implement, and enforce educational policy.” Additionally, the 2015 bipartisan supported bill, the Every Student Succeeds Act, ensures “a significant transfer of power over education policy away from the federal government to states and school districts” according to US News’ analysis, “Education Shifts to the States.”

So whether parents are elated with or dismayed by DeVos’ cabinet candidacy, expectations that the nation will experience a sudden massive overhaul in K-12 education are unlikely.

Most importantly, regardless of school type, top-tier colleges will select undergraduate candidates from more competitive, higher ranking high schools, be they public, charter or private. Perhaps there are many issues of concern in 2017, but an immediate educational upheaval may not be one of them. The debate about which schools will receive greater educational funding or the effectiveness of a voucher system will rage on, and may or may not play out depending upon state and local education agency decisions.

One objective is certain- providing the most comprehensive, college and career readiness education possible for the greatest number of students as well as protecting our effective teachers who work strenuously long hours in the service of their students are tantamount.

DeVos or no DeVos, educators, schools, districts, parents and students can band together to make the best choices for themselves at the local level, at least for now.